Prins Bernhard Cultuurfonds has awarded Claes Iversen with the renowned Mode Stipendium (50,000euros) for his outstanding dedication to representing Dutch fashion for over a decade. The Dutch Fashion Foundation surveyed the ceremony during the first part of its one-day fashion festival, which took place partly online and partly on stage (you can rewatch the whole symposium here)

But first back to September 2010, where Iversen showed his spring-summer 2011 collection in the same idyllic building –– Felix Meritis Amsterdam –– and oldest concert hall in western Europe, surrounded by silks and light shades. Could we say he never left the hall, waiting for this well deserved moment? Yes!

Since then, no matter how the fashion designer –– who trained in the Netherlands and is of Danish descent –– has chosen to manifest his vision, it has left a strong mark on his audience, who have interpreted his work in the best possible light, and attached it to a history that we are all, collectively, proud of.

Iversen was a foreign student who quickly felt at home in the Netherlands, graduating from ArtEZ’s Fashion Institute Arnhem MA in 2008. Not only did he make a tremendous contribution to the visualization of Dutch fashion, he also created friction through several operational trajectories that contributed to the sector’s continued progression and innovation. Regardless of what he has done –– designing ready-to-wear collections, couture or semi-couture presentations; producing his recent book, Transformers; dressing monarchs and the Europride ambassador Conchita Wurst in 2016; creating retail experiences at Amsterdam’s petit maison on Herengracht; the Ooh-lala-lalalalala couture presentation at the Amsterdam National Opera and Ballet Hall in 2018; several installations (tableaux vivants) in a renovated Amsterdam loft in Jordaan in 2019, where guests had the opportunity to chat with yours truly about gold, gold, and more gold –– all his decisions are fragments of his ongoing metamorphosis. Iversen is a willful, devoted, and likeable man whose originality has never been taken for granted, and is recognized as a designer whose garments embellish the wearer’s skin in profound ways.

Without a doubt, Claes Iversen’s early days as a designer were about questioning where in the industry he wanted to fit in, as well as thinking about how he would deliver progressive forms alongside the existing and upcoming generation of Dutch couture makers –– not only as a competitor, but as an innovator. It definitely worked out; he quickly found his place and earned his recognition. We assume that for more than 13 years, his newly awarded grand tour of thinking couture has been all about making decisions under the right tempo with his team. Instead of immediately jumping onto grand couture agendas, from day one, Iversen’s journey has been memorable for his rebellious behavior, which we have all become fond of (you never know when his next work will go public, you just have to wait and see). Though presentations took place here and there, the designer always seemed to prioritize his freedom to experiment –– almost equally to his preference for architectural fabrics, as seen on most silhouette perimeters. This could be the key reason why we cannot attach his career to a single agenda; his entire oeuvre is woven into the products itself, almost as a symbol of his autonomy.

‘A baroque mint green accent perfectly matched the wine-wool coat in combination with leather gloves, proving his prêt-a-porter approximations are so strict as those seen in semi-couture.’ – FW12

Contrasted with the often rushed but charming way national couture color combinations are traditionally used, the house of Iversen’s color palette has always appeared as washed out or even arid in tone. Our favorite piece on the runway is a dress from his SS17 couture “Horizontal Illumination”. In this collection, all the trimmed fringes give the illusion of having been dried in a deserted country under a hot steaming sunbath, all with the purpose of appearing kind and soft to the eye, even when the pieces are multicolored or embellished –– a treatment to both heart and soul. As a consequence, the choices behind his colors call for an audience where age becomes irrelevant; tones are timeless and linked to a particular emotional subtext. It’s worth looking at his SS12 to see early references on his use of color.

‘Iversen’s show-salon effect was given by a set of hanging mirrors, reflecting those high refine prêt-a-porter pieces (60’s flair pants) when not semi-couture given by robust shoulders.’ – SS13

At the time, in the summer of 2010, fashion journalism and fashion buyers had begun using Twitter for BlackBerry Torch, and were sharing fashion news worldwide. Claes Iversen however, was already an established name. The approach used by the brand to share their ideas never depended on technology and social media to catch the attention of the general public. This was suffused into the identity of the atelier; it was a salon with an aura rather than a narrative that needed telling through hash tags. Having a nice presence on social media aligned with the brand’s spirit, they shared highlights in a natural way rather than actively seeking ‘likes’. Iversen’s voice is very gentle, he is not the type of person who would risk neglecting design or production over screaming on social channels. The physical labor involved in making his work is proportionally related to the making of an artwork, which is very appealing to certain kinds of private clients who prefer fashion’s bespoke qualities.

And when there were opportunities to party, Iversen liked to collaborate on the show’s soundtracks with local DJs, and would take the event as seriously as if it were a runway show. We invite you to listen to some of the soundtracks, here.

‘Tiny wastes disappeared when beaded fringes (glass, plastic or wool) danced spraying immorality and provocation along the runway. Even more stunning, when bugle beads were used graphically as seen on a coral-green degradée tank top.’ – SS14

Despite running in stupendous circles, Iversen has never created boring work. He has taken us along on his constant journey of self-discovery, which we can continue to enjoy now that he has been granted the Mode Stipendium 2021. We are all happy for this moment. Congratulations and thank you, Claes! 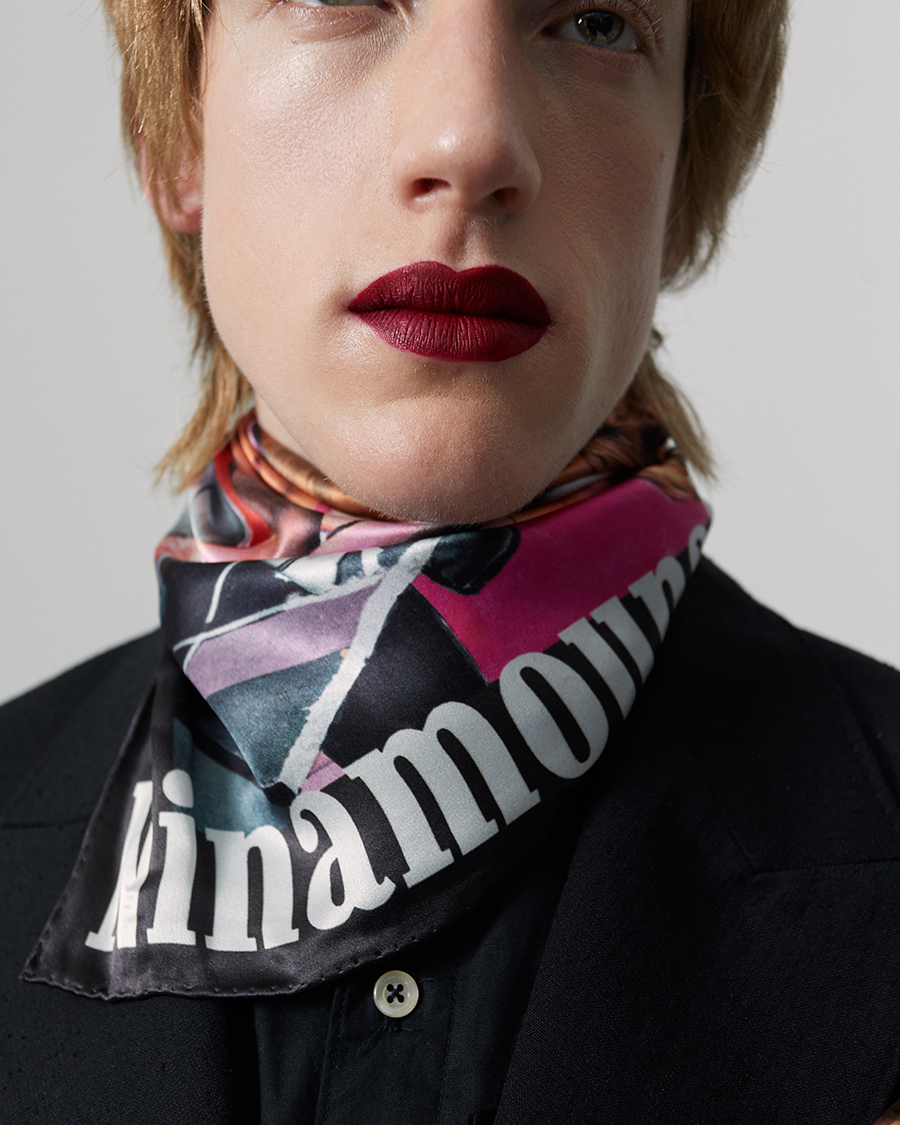 SOCIETE TEXTILE
Netherlands
State of Fashion 2022: OPEN CALL FOR CONTRIBUTORS
BACK TO MENU