Contesting the future of the European fashion award – Text by OG

European fashion awards have always triumphed, like a massive engine, often taking young designers by surprise with financial support and immediate global notoriety. For example, when Raf Simons won the €100.000 Swiss Textiles Award in 2003, the entire trajectory of his career, he says, was forever changed.

But almost two decades later, COVID-19 has created unexpected cancellations across continental Europe’s events, creating space to rethink how those sponsored trophies have managed to exist through time and remain important, though there are a few less dominant ones today. The awards raisons d’ être have come under scrutiny, raising the question that has never felt more pressing than it does now, at the end of this particular year: how is it possible to remain innovative while using such classic criterium and traditional (if not old fashioned) format? How is it possible to be illuminating when students are forced to reshape their instant, intangible dreams at turbo-speed on a daily basis?

The speed at which these newly graduated alumni are selected from their graduation shows in order to participate a mere few weeks after graduating relates more to the urgency of making sure award shows happen than to the talents’ own wish to gain popularity. A fast-paced hunting process that, could (and should) be a longer process with deeper research while resisting the urge to be the first to tear into the hot bread. Regardless of how talented an incubating fashion student might be or how competent and smooth their bachelor years passed by, many of them just want to remain more in the shadows after graduating. They want to be in the back of a studio creating in an artistic way rather than getting closer to fashion’s true nature. This is something that not all young designers know how to engage with, but the ones safeguarding their own freedom deem it worth millions more than any check that comes from stardom.

What good is a winner holding a check at the finish line if they don’t know their future or what to do with the gifted amount?

There is some optimism in the maturity of some honored prizes that have subsisted by rapidly adjusting and shifting strategically in response to 2020. Making humanitarianism the bottom line within the competition, they have changed how they approach the targeted participants. Prioritizing the safety and health regulations, they have compressed their mega events into small-scale gatherings that reveal a deeper approach to all the candidates. This year they all seem less exhausted in transit, filled with sane surprises.

And now, we kindly nominate you to enjoy the ones we applauded for!

The Keep an Eye Foundation (est. 2008) celebrated at the Royal Academy of Art (KABK) in The Hague’s spotless Bauhaus building following The Textile & Fashion department’s BA 2020 show. After serious jury deliberation, Inge Vaandering was awarded with the textile & fashion award (€10.000). The charm extended far beyond the patio on this late summer evening, including a tender moment when the winner was announced that made the special night particularly sweet. Once Inge’s name was announced, she spontaneously looked into her classmates’ faces and expressed that the conquering started years ago at the aula and all of them should celebrate her winning moment with her. Bottom line: a niche, undercover regional award can infuse more camaraderie among its participants (both winner and concurrent) without the pressure of a global impact.

From the oldest resort on the French Riviera, the festival HYÈRES (est. 1986) succeeded to safely send its 35th edition with the same aristocratic immunity characterizing the prestigious contest from its start. It attracted all those who want to experience the upcoming arts at the seaside, including the jury, public, sponsors and friends. Hyères’ own aura of freedom around ‘mode à la maison’ marks the event’s DNA. There’s no better place in France than Villa Noailles to present such lawless fashion that disturbs any conventionalism. Belgium fashion designer Tom Van Der Borght  took the Grand Prix home (€20.000) after powerfully claiming the right to exist ever since operating as an independent designer in 2012. Hats off! Bottom line: talent does not necessarily have to register itself as a mandatory postgraduate door– it can also be in a later stage under the name “it is also my choice,” or “I am really fully ready for it now.”

When the environment is in charge of nominating the prize, we know it will be all about rating how fashion has treated our one-and-only planet. The winner of this (CHF10.000), and our jury agrees, is Swiss designer of Togolese descent, Rafael Kouto, who represents a new category within candidates. His cyclical way of assisting people through recycling fabrics in a wide array of settings defines a voice that might have intimidated the industry while he was finishing his MFA in the Fashion Matters program at the Sandberg Institute (NL) in 2017. Today, however, Kouto manages to insert traditional African techniques into high-class solutions. Rafael Kouto’s “Limited Edition” is a value-based, circular, high-quality product line that is fresh to Switzerland. Bottom line: daring, independent, biannual recognitions under the slogan small but environmentally responsible delineates the winner’s profile into being more than just a fashion designer, but also a kind of social worker. 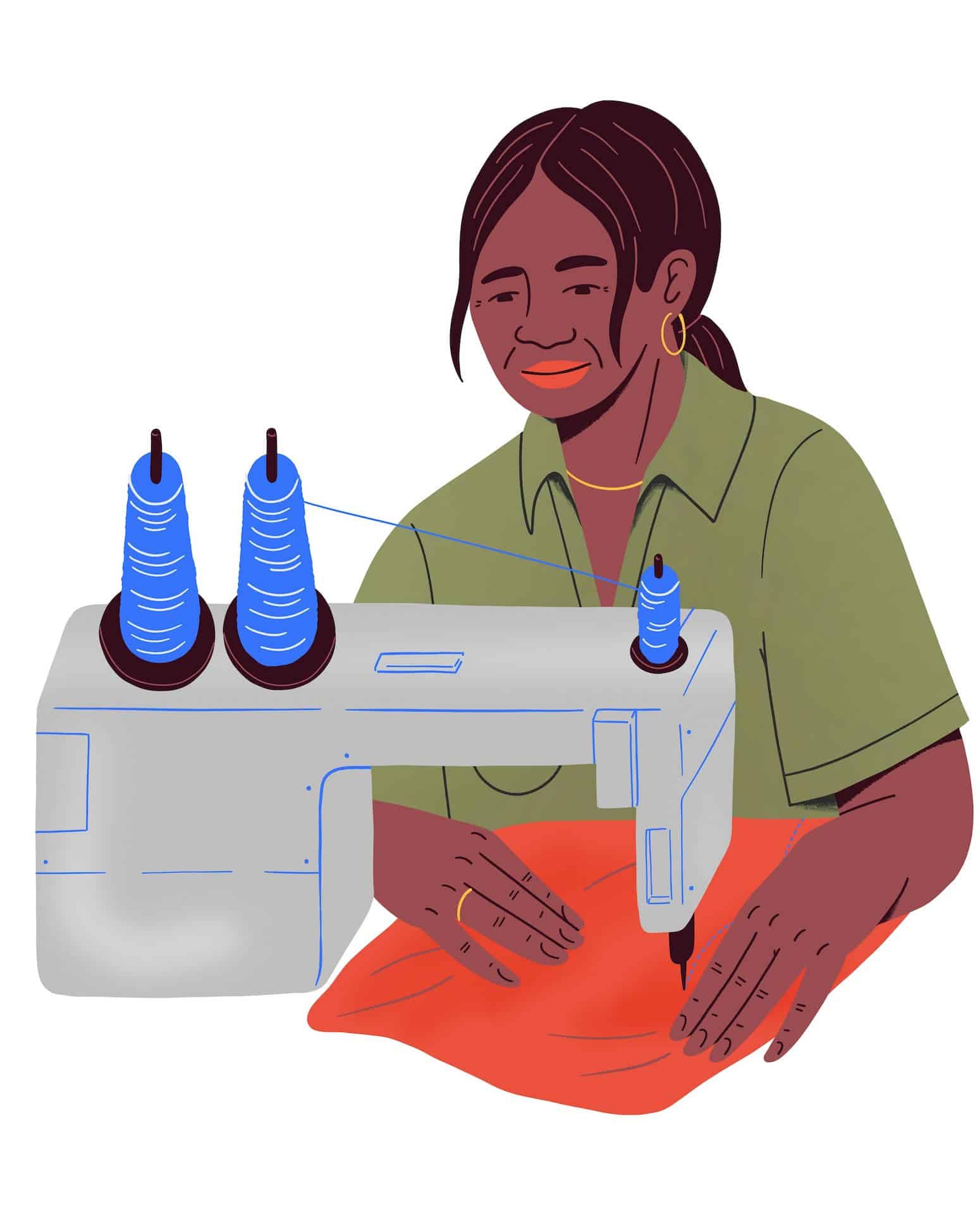 SOCIETE TEXTILE
Germany
#SpeakUpForAntarcticaNow: SIGN THE PETITION!
BACK TO MENU