What was your concept behind the “RE:” collection?

In a recent interview, I was asked a question on the topic of sustainability. I understand the importance of the topic but at the same time I am concerned that it will quite literally stop garments to further evolve. I don’t think it is right to apply brakes on the evolution of garments and have an urgency to keep exploring what could be new. For example, during the pandemic there was a rise in popularity for WFH garments, and it was alarming to see everyone going in same direction. I understand the importance of sustainability thus feel alarmed to see it becoming merely a trend. During the pandemic, my urgency to keep pushing my creativity and evolving garments was very much alive. Every season, when working on the collection, certain films and music appear in my mind. This season, it was the film about The Beatles, “Help!”. I thought of the circumstance surrounding the band during its filming, and especially John’s look in the film was quite memorable for me. At the height of the band’s success, I guess they must have been extremely busy but at the same time they seem to be having a lot of fun. I think they were freely doing everything they wished for but rarely had time for their own thus could have been quite suppressed too. This led me to come at the concept of “The Beatles suppressed”. In my collection, set against the strict rules of the musical score, garments in pencil silhouette move freely between lines and create a beautiful melody. When worn as a two-piece suit there are 5 belts and they were inspired by the musical score.

Metal hardware such as zippers, buttons, eyelets, chains and pins were particularly eye catching when set within the predominately monochrome collection. Why did you choose to use those hardware? How did you construct each look?

They are like sudden occurrence of metallic sound in the silence. Or edgy, contemporary buildings in grey cloudy cities like Berlin or Montreal. In musical terms, a solo ambient sound is slightly boring for me thus I always consciously seek an ear- sore… Or It is like imagining a violent stab of a sharp knife. Moving on to the topic of hardware, zippers have always been an important component for my design. As for the safety pin, I always think of the great late-Judy Blame when using pins.

Layering, zipper details, detached mesh pockets…, can you tell us about the styling?

Detached cage pocket details was to say “we can now go free”. Inspired by the film, “Help!” there is a cape like jacket, and although they have sleeves and you can slide your arms in, you can’t move. Basically, an unusable arm! Why? It was important for sleeve details to be that way for me to convey the message.

“What we call the beginning is often the end. And to make an end is to make a beginning. The end is where we start from.”

Can you tell us about the original font you created for the collection?

It was based on Gothic fonts and Morse Code. I made some adjustment to harmonize with the collection. It was not intended to be just a classic but rather what could be a new style of Gothic. My attitude was to respect the original but to update. It is hard to read thus it encourages viewers to look and think harder to understand.

Your collection is predominately black and white. It reminded me of Ann Demeulemeester saying, “I don’t need colors”.

I too share Ann’s attitude of not needing colors. I also didn’t want to run away from the predecessor’s challenge of working within the constraint of just using black and white. This collection is almost entirely black so Ann’s name is quite fitting. It is true that I thought of those predecessors when developing the collection.

I always try to simply make wearers cool but this season, It was also about reaffirming who I am as a designer. Whether it’s Ann or Judy, I’m not trying to overturn their legacy but to nurture. I’m obsessed with the idea that new is better, or rather what we create now has to overcome the past. That’s part of reason why I challenged working within the constraint of black.

Last season, you said to explore the idea of one unified sizing and are you continuing this approach this season?

An idea of garments that doesn’t specify men or women will continue, but most of these pieces are sized. I think, we humans have a wonderful ability to think and feel so I want to encourage entering freely into garments rather than being restrained by garments.

This season’s film seems to have different quality compared to last season’s. What has changed? Is making garments and film different to you?

This season, it is more formally a film. It was like changing gear to top speed, and I can’t seem to stop creating now. For me to do one thing or two isn’t much different. To create is to create, and visuals, sounds, and garments all appear spontaneously in my mind. 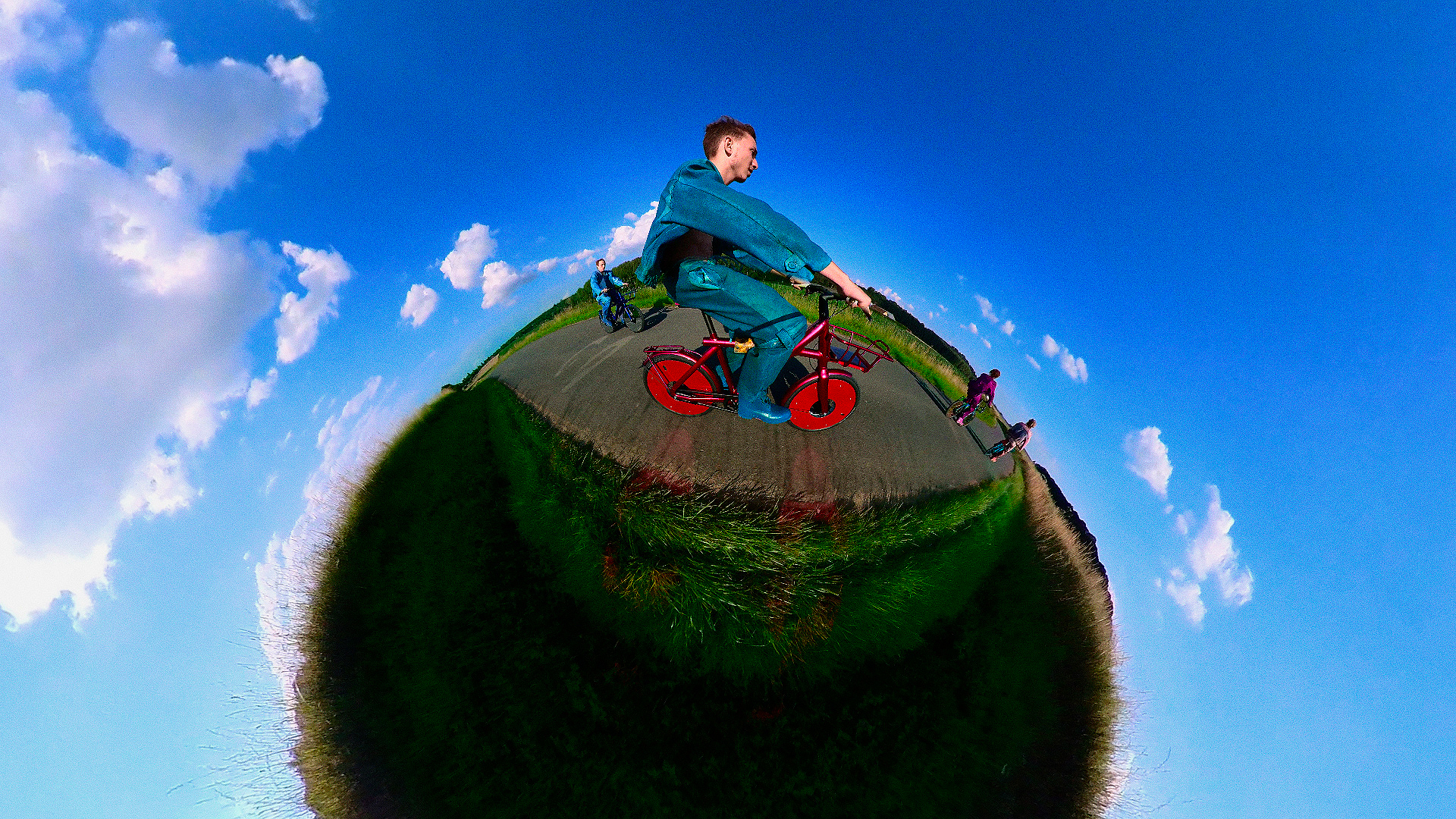 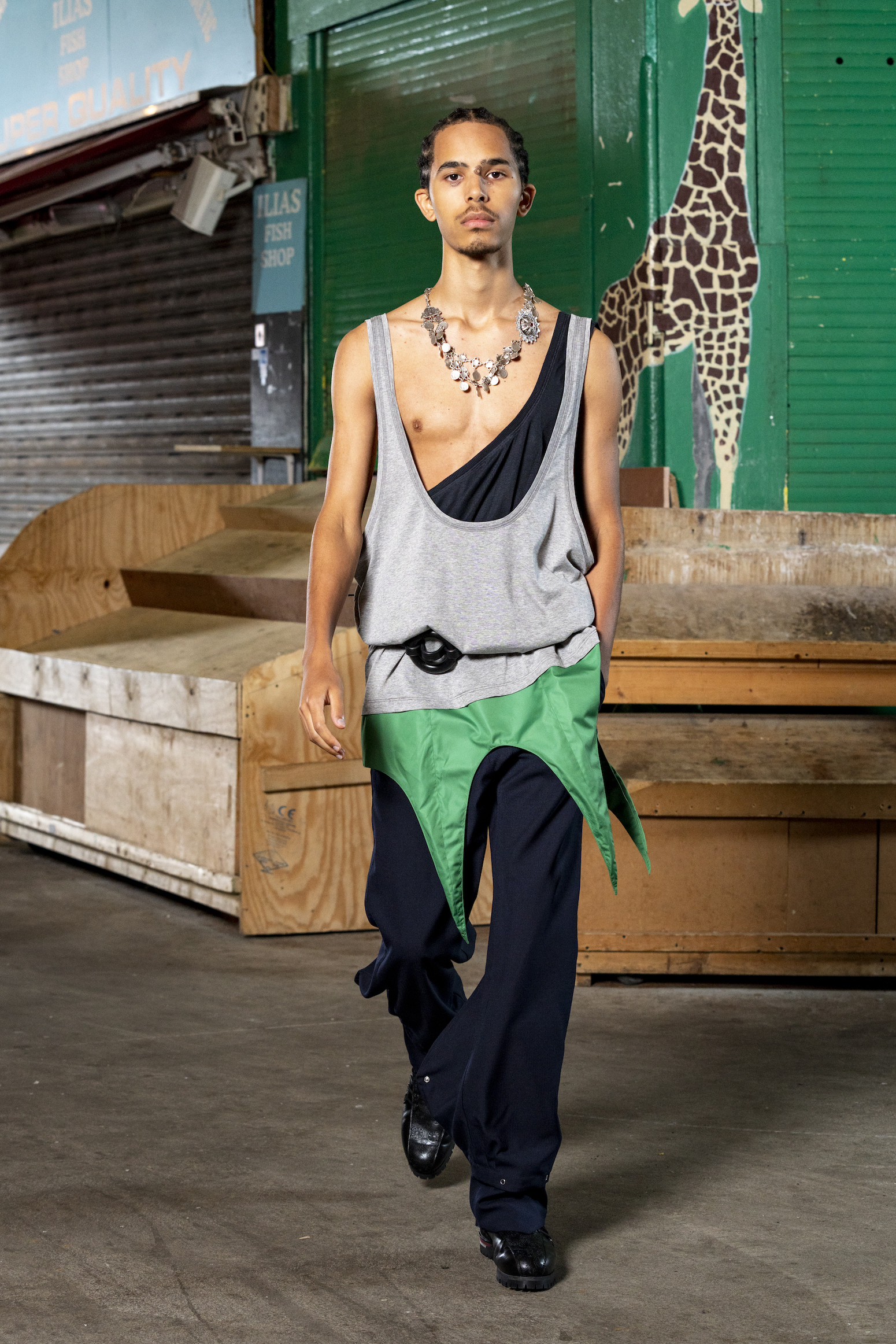